Mark was born in Annapolis, Maryland, on February 24, 1965. He attended Washington College in Chestertown, Maryland, where he was conferred a Bachelor of Arts in economics in 1987. He attended law school at the University of Missouri in Kansas City, where he was conferred a juris doctorate in 1990. Mark began his law career in Salisbury, Maryland, where he represented business clients and acted as the Assistant City Solicitor for Salisbury, Maryland, from 1990 to 1993. From 1993 to 1996 Mark served as the Assistant State’s Attorney for Wicomico County. Mark focused on prosecuting felony drug cases primarily in the area of interdiction. From 1996 to 1998, Mark acted as an Assistant Prosecuting Attorney for Jackson County, Missouri. As a prosecutor, Mark tried well over 100 trials. Mark has been in private practice since 1998. Since that time, Mark has focused on the areas of employment law, education law, business law, complex business litigation, employment litigation, and personal injury litigation.

Amy was born in Dover, Delaware. She is the daughter of an Air Force pilot and was raised on Air Force bases until settling in the Kansas City area. Amy was Catholic School educated and attended Oak Park High School. She was the first Oak Park graduate to attend Duke University in Durham, North Carolina. At Duke, she received a Bachelor of Science degree in geology. Amy worked as an environmental consultant until she left to raise her wonderful children.

Amy attended the University of Missouri at Kansas City for law school. She was selected as the Miller Scholar for her class, an award of a full scholarship for her tenure at UMKC. While at UMKC School of Law, Amy was a member of the Law Review and a Comment Editor on the Law Review Board. She was published twice during that time. At graduation, Amy was recognized as a Vice Chancellor Honor Recipient, the highest UMKC campus honor, conferred by the Vice Chancellor for Student Affairs. She was also awarded the West Publishing Company Award for outstanding scholarly accomplishment, presented annually to the top 200 law students in the United States. Amy was conferred her juris doctor with magna cum laude Latin honors in May, 2013.

Nasteff & Quinn, LLC was formed in 2015. Amy’s practice focuses on business law, employment law, and special education law. Her passion is advocacy for children and their parents in acquiring and assuring compliance with their special education needs.

Amy loves the outdoors. She lives an active life away from Nasteff & Quinn, LLC, where she is a soccer mom, science fair assistant, dance mom, tutor and advisor to her seven children. 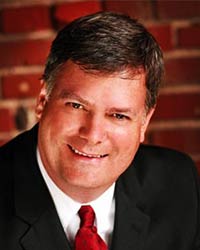 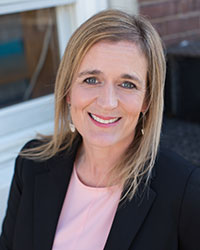 Acceptance of this Agreement
Advice   •   Copyright

The materials and links on this Nasteff & Quinn, LLC Website are for informational purposes only. The transmission and display of the information contained at, or accessed through, this Website is not intended to create, and receipt or viewing does not constitute, an attorney-client relationship. Since we are not providing legal advice through this Website, you should not act upon any information you might receive from it without seeking professional counsel. The choice of a lawyer is an important decision and should not be based solely upon advertisements.